The Theft of Aida - Language Course Italian Level B1 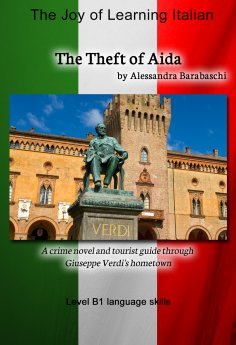 The story in short:
Annika works in a museum, where several objects belonging to the famous composer Giuseppe Verdi are exhibited. She also takes singing lessons with the tenor Maestro Bertonzi, because she'd like to become an opera singer. But someone steals the Libretto of the opera "Aida" and Annika is among the suspects. She'll have to find the thief in order to clear her name.