The Ship of Love 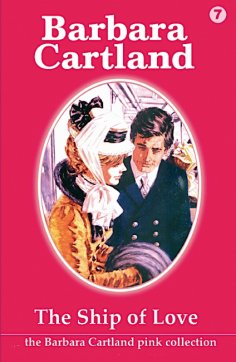 The daughter of a wealthy, ambitious man, Rowena knew that her father longed to marry her to a title, preferably the Duke of Wenfield, whom she disliked and did not wish to marry herself. To avoid marriage, they hatched a plot.
Posing as brother and sister, they would take a trip on a yacht with their likeminded friends and would help each other find the love of their dreams. Plans went awry on the Mediterranean, when Rowna was kidnapped by a Sultan, and was imprisoned in his harem. It seemed that they would be parted forever.
How the Duke rescued her, and they found their true love, is all told in this exciting and romantic novel by Barbara Cartland.