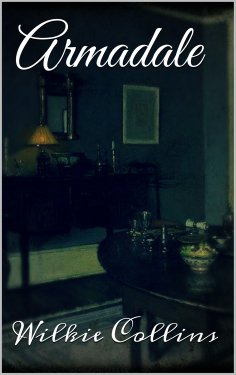 It was the opening of the season of eighteen hundred and thirty-two, at the Baths of Wildbad.
The evening shadows were beginning to gather over the quiet little German town, and the diligence was expected every minute. Before the door of the principal inn, waiting the arrival of the first visitors of the year, were assembled the three notable personages of Wildbad, accompanied by their wives-the mayor, representing the inhabitants; the doctor, representing the waters; the landlord, representing his own establishment. Beyond this select circle, grouped snugly about the trim little square in front of the inn, appeared the towns-people in general, mixed here and there with the country people, in their quaint German costume, placidly expectant of the diligence-the men in short black jackets, tight black breeches, and three-cornered beaver hats; the women with their long light hair hanging in one thickly plaited tail behind them, and the waists of their short woolen gowns inserted modestly in the region of their shoulder-blades.