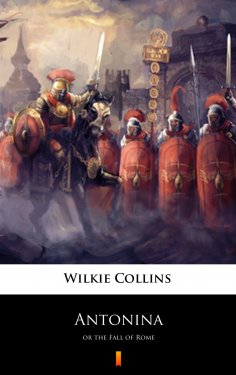 A romance of the fifth century, in which many of the scenes described in the ’Decline and Fall of the Roman Empire’ are reset to suit the purpose of the author. Only two historical personages are introduced into the story,– the Emperor Honorius, and Alaric the Goth; and these attain only a secondary importance. Among the historical incidents used are the arrival of the Goths at the gates of Rome, the Famine, the last efforts of the besieged, the Treaty of Peace, the introduction of the Dragon of Brass, and the collection of the ransom. Our heroine Antonina, a very young Roman maiden, flees her father and an amorous patrician neighbor, into the arms of a young, handsome, gentle, sympathetic Goth. This book does not show the intricacy of plot and clever construction of the author’s modern society stories; but it is full of action, vivid in color, and sufficiently close to history to convey a dramatic sense of the Rome of Honorius and the closing-in of the barbarians.