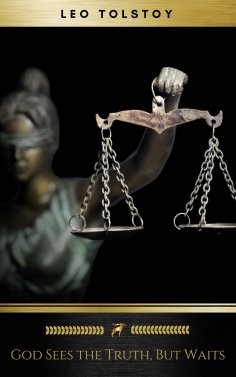 "God Sees the Truth, But Waits" (Russian: "Бог правду видит, да не скоро скажет", "Bog pravdu vidit da ne skoro skazhet") is a short story by Russian author Leo Tolstoy first published in 1872. The story, about a man sent to prison for a murder he didn't commit, takes the form of a parable of forgiveness. English translations were also published under titles "The Confessed Crime" and "Exiled to Siberia". The concept of the story of a man wrongfully accused of murder and banished to Siberia also appears in one of Tolstoy's previous works, War and Peace, during a philosophical discussion between two characters who relate the story and argue how the protagonist of their story deals with injustice and fate.