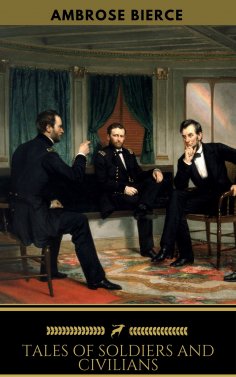 Tales of Soldiers and Civilians is a collection of short stories by American Civil War soldier, wit, and writer Ambrose Bierce, also published under the title In the Midst of Life. With a stated publication date of 1891 (but actually published in early 1892), the stories describe unusual incidents in the lives of soldiers and civilians during the American Civil War. Tales of Soldiers and Civilians was named by the Grolier Club as one of the 100 most influential American books printed before 1900, stating "These short stories are among the finest, and best known, in American literature. . . . Written in a clear simple style, with each phrase contributing to the total effect, Bierce's tales pointed the way for the American short-story writer." Bierce's famous story "An Occurrence at Owl Creek Bridge" is included in this collection.

"A Horseman in the Sky"
"An Occurrence at Owl Creek Bridge"
"Chickamauga"
"A Son of the Gods"
"One of the Missing"
"Killed at Resaca"
"The Affair at Coulter's Notch"
"A Tough Tussle"
"The Coup de Grâce"
"Parker Adderson, Philosopher"
"A Watcher by the Dead"
"The Man and the Snake"
"A Holy Terror"
"The Suitable Surroundings"
"An Inhabitant of Carcosa"
"The Boarded Window"
"The Middle Toe of the Right Foot"
"Häita, the Shepherd"