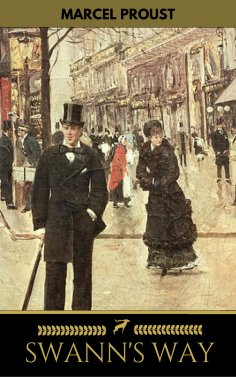 This carefully crafted ebook: "SWANN'S WAY (Modern Classics Series)" is formatted for your eReader with a functional and detailed table of contents.
When the night falls, the unnamed narrator finds it difficult to reign in his galloping thoughts. Night for him means profound loneliness and also the only time when his thoughts and memories come back unbidden, often waking him up in the middle of the night. His thoughts involuntarily go back his past, his country home in Combray and the people who once populated that time...
"For a long time I used to go to bed early. Sometimes, when I had put out my candle, my eyes would close so quickly that I had not even time to say "I'm going to sleep." And half an hour later the thought that it was time to go to sleep would awaken me; I would try to put away the book which, I imagined, was still in my hands, and to blow out the light; I had been thinking all the time..."
Marcel Proust (1871–1922) was a French novelist, critic, and essayist best known for his monumental novel À la Recherche du Temps Perdu (1913-1927). He is considered by English critics and writers to be one of the most influential authors of the 20th century.
Charles Kenneth Scott Moncrieff (1889–1930) was a Scottish writer, most famous for his English translation of most of Proust's À la recherche du temps perdu, which he published under the Shakespearean title Remembrance of Things Past.