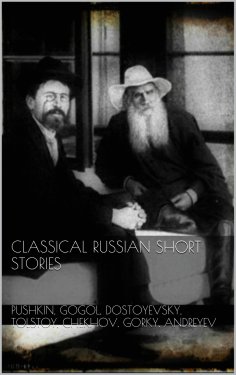 Conceive the joy of a lover of nature who, leaving the art galleries, wanders out among the trees and wild flowers and birds that the pictures of the galleries have sentimentalised. It is some such joy that the man who truly loves the noblest in letters feels when tasting for the first time the simple delights of Russian literature. French and English and German authors, too, occasionally, offer works of lofty, simple naturalness; but the very keynote to the whole of Russian literature is simplicity, naturalness, veraciousness.

Another essentially Russian trait is the quite unaffected conception that the lowly are on a plane of equality with the so-called upper classes. When the Englishman Dickens wrote with his profound pity and understanding of the poor, there was yet a bit; of remoteness, perhaps, even, a bit of caricature, in his treatment of them. He showed their sufferings to the rest of the world with a "Behold how the other half lives!" The Russian writes of the poor, as it were, from within, as one of them, with no eye to theatrical effect upon the well-to-do. There is no insistence upon peculiar virtues or vices. The poor are portrayed just as they are, as human beings like the rest of us. A democratic spirit is reflected, breathing a broad humanity, a true universality, an unstudied generosity that proceed not from the intellectual conviction that to understand all is to forgive all, but from an instinctive feeling that no man has the right to set himself up as a judge over another, that one can only observe and record.