The Man who knew 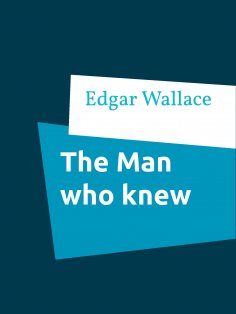 The Man Who Knew is a 1918 British thriller novel by Edgar Wallace. A detective investigates the death of a South Africa diamond magnate in London.

Wallace was such a prolific writer that one of his publishers claimed that a quarter of all books in England were written by him. As well as journalism, Wallace wrote screen plays, poetry, historical non-fiction, 18 stage plays, 957 short stories, and over 170 novels.