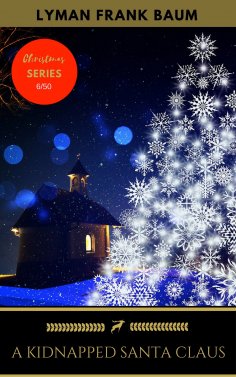 "A Kidnapped Santa Claus" is a Christmas-themed short story written by L. Frank Baum, famous as the creator of the Land of Oz; it has been called "one of Baum's most beautiful stories" and constitutes an influential contribution to the mythology of Christmas.

"A Kidnapped Santa Claus" was first published in the December 1904 edition of The Delineator, the women's magazine that would print Baum's Animal Fairy Tales in the following year. The magazine text was "admirably illustrated" with "pen drawings of marked originality" by Frederick Richardson, who would illustrate Baum's Queen Zixi of Ix in 1905.