The Haunted Man and the Ghost's Bargain 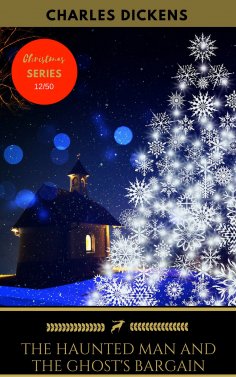 The Haunted Man and the Ghost's Bargain, A Fancy for Christmas-Time (better known as The Haunted Man and the Ghost's Bargain or simply as The Haunted Man) is a novella by Charles Dickens first published in 1848. It is the fifth and last of Dickens's Christmas novellas. The story is more about the spirit of the holidays than about the holidays themselves, harking back to the first in the series, A Christmas Carol. The tale centres on a Professor Redlaw and those close to him.

Redlaw is a teacher of chemistry who often broods over wrongs done him and grief from his past.

He is haunted by a spirit, who is not so much a ghost as Redlaw's phantom twin and is "an awful likeness of himself...with his features, and his bright eyes, and his grizzled hair, and dressed in the gloomy shadow of his dress..." This spectre appears and proposes to Redlaw that he can allow him to "forget the sorrow, wrong, and trouble you have known...to cancel their remembrance..." Redlaw is hesitant at first, but finally agrees.

As a consequence of the ghost's intervention, Redlaw is without memories of the painful incidents from his past. He experiences a universal anger that he cannot explain. His bitterness spreads to the Swidgers, the Tetterbys and his student. All become as wrathful as Redlaw himself. The only one who is able to avoid the bitterness is Milly.

With this realization, the novel concludes with everyone back to normal and Redlaw, like Ebenezer Scrooge, a changed, more loving man. Now a whole person, Redlaw learns to be humble at Christmas.