THE DOOR WITH SEVEN LOCKS 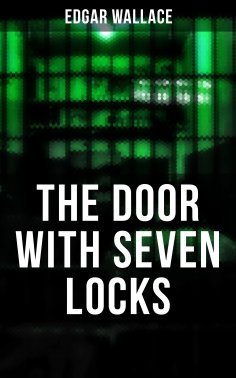 This eBook edition of "The Door with Seven Locks" has been formatted to the highest digital standards and adjusted for readability on all devices.
Edgar Wallace (1875-1932) was an English writer. As well as journalism, Wallace wrote screen plays, poetry, historical non-fiction, 18 stage plays, 957 short stories and over 170 novels, 12 in 1929 alone. More than 160 films have been made of Wallace's work.
Excerpt:
"He waited suggestively, but Lew Pheeney shook his head. "I'm not telling. The story would give away a man who's not a good fellow, and not one I admire; but I can't let my personal feelings get the better of me, and you'll have to go on guessing. And I'm not lying, I'll tell you how it happened." He gulped down a cup of hot coffee and pushed cup and saucer away from him. "I don't know this fellow who asked me to do the work — not personally. He's been in trouble for something or other, but that's no business of mine. One night he met me, introduced himself, and I went to his house — brr!" he shivered. "Martin, a crook is a pretty clean man — at least, all the crooks I know; and thieving's just a game with two players; me and the police. If they snooker me, good luck to 'em! If I can beat them, good luck to me! But there's some dirt that makes me sick, just makes my stomach turn over. When he told me the job he wanted me for, I thought he was joking…"