The Complete Works of David Hume 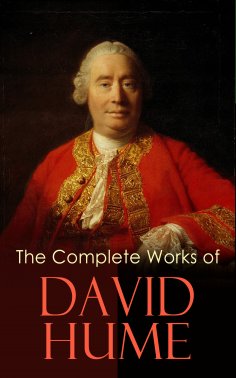 e-artnow presents to you this meticulously edited David Hume collection, formatted to the highest digital standards and adjusted for readability on all devices.
Contents:
Biography of David Hume
Primary Works:
A Kind of History of My Life
A Treatise of Human Nature
An Enquiry Concerning Human Understanding
An Enquiry Concerning the Principles of Morals
The History of England
The Natural History of Religion
My Own Life
Dialogues Concerning Natural Religion
Essays:
Of the Delicacy of Taste and Passion
Of the Liberty of the Press
That Politics May Be Reduced to a Science
Of the First Principles of Government
Of the Origin of Government
Of the Independency of Parliament
Whether the British Government Inclines More to Absolute Monarchy or to a Republic
Of Parties in General
Of the Parties of Great Britain
Of Superstition and Enthusiasm
Of the Dignity or Meanness of Human Nature
Of Civil Liberty
Of Eloquence
Personal Correspondence:
Letters From Montesquieu to Hume
Letters From the Abbé Le Blanc to Hume
Documents Relating to the Poems of Ossian
Essay on the Genuineness of the Poems
Fragments of a Paper in Hume's Handwriting, Describing the Descent on the Coast of Brittany, in 1746, and the Causes of Its Failure