The Canterville Ghost ( A to Z Classics) 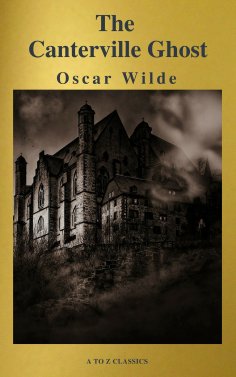 "The Canterville Ghost" is a short story by Oscar Wilde.
The story is about a family who moves to a castle haunted by the ghost of a dead nobleman, who killed his wife and was starved to death by his wife's brothers.