The Art of Classical Horsemanship 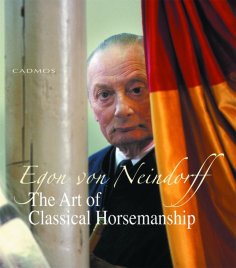 Egon von Neindorff dedicated his life to the knowledge and promotion of the classical art of riding. He never wanted to be a reformist but purely an interpreter. He truly understood the philosophy of classical riding and was therefore able to teach his numerous national and international students to develop their own style. The essence of classical dressage requires a deep affection for the horse, understanding, sensitivity, humility and devotion. In this book, von Neindorff illustrates in more than thirty chapters his profound understanding of the natural training of horses. It encompasses a body of knowledge, which was previously only taught at his riding establishment in Karlsruhe, Germany. Translated into English by Melissa Simms.

Egon von Neindorff is the last true master of classical dressage. A successful rider, he left competitive dressage in the 1950s, not agreeing with the demands put on horses by modern dressage rules. He dedicated his time to teaching many international students in Karlsruhe, Germany. His achievements were acknowledged when he was awarded the German equivalent of an OBE ("Bundesverdienstkreuz"), and appointed a Fellow of the German Horse Society. He passed away on 19 May 2004 but his influence will live on.