The Science of Being Well: Health from a New Thought Perspective (Classic Unabridged Edition) 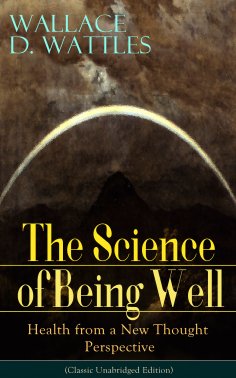 This carefully crafted ebook: "The Science of Being Well: Health from a New Thought Perspective (Classic Unabridged Edition)" is formatted for your eReader with a functional and detailed table of contents.
The Science of Being Well is the second volume of a series known as "The Science of" trilogy or "Financial Success Through Creative Thought" by Wallace Delois Wattles. While the first volume, The Science of Getting Rich, is intended for those who are looking to acquire wealth and money, this one is not a philosophical treatise, but a practical guide and handbook for those whose main goal is health.
Wallace Delois Wattles (1860-1911) was an American author. As a New Thought writer, he remains personally somewhat obscure, but his writing has been widely quoted and remains in print in the New Thought and self-help movements. Wattles often travelled to Chicago, where he gave "Sunday night lectures" among several leading New Thought authors. He studied the writings of Georg Wilhelm Friedrich Hegel and Ralph Waldo Emerson and recommended the study of their books to his readers who wished to understand what he characterized as "the monistic theory of the cosmos." Wattles' best known work is a 1910 book called The Science of Getting Rich in which he explained how to become wealthy.