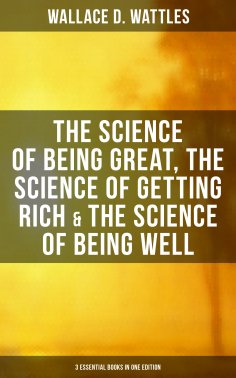 "The Science of Getting Rich" was published in 1910 by the Elizabeth Towne Company. The book is still in print. It was a major inspiration for Rhonda Byrne's bestselling book and film The Secret (2006). In The Science of Getting Rich Wattles explains how can a person overcome mental barriers, and how creation, not competition, is the hidden key to wealth attraction "The Science of Being Well" is not a philosophical treatise, but a practical guide and handbook for those whose main goal is health. "The Science of Being Great" is a personal self-help book of the author. He is introducing us to a principle of power and showing us the immense effect of the power of positive thinking.
Wallace Delois Wattles (1860–1911) was an American author. As a New Thought writer, he remains personally somewhat obscure, but his writing has been widely quoted and remains in print in the New Thought and self-help movements. Wattles often travelled to Chicago, where he gave "Sunday night lectures" among several leading New Thought authors.