George Sand: The Collected Works (The Greatest Novelists of All Time – Book 11) 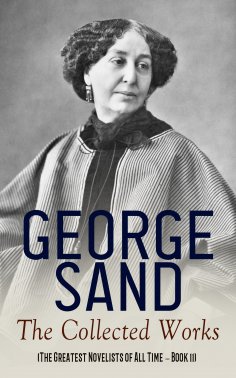 George Sand was one of the most notable writers of the European Romantic era. In her novels Sand blends the conventions of romanticism, realism and idealism. Her writing was immensely popular during her lifetime and she was highly respected by the literary and cultural elite in France. Sand's works influenced many authors including Dostoevsky, Marcel Proust, Virginia Woolf and Walt Whitman. This unique collection includes some of her best and most famous novels:
The Devil's Pool
Indiana
Mauprat
The Countess of Rudolstadt
Valentine
The Sin of Monsieur Antoine
Leone Leoni
The Marquis de Villemer
The Bagpipers
Antonia