The Castaways of the Flag 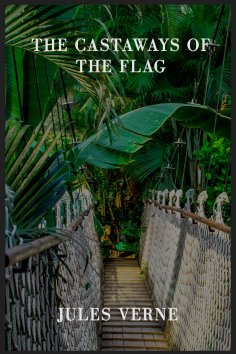 This story is a sequel to "Their Island Home," which takes up the adventures of the Swiss Family Robinson at the place where the author of the original narrative dropped them.

"The Swiss Family Robinson" seems to have affected Jules Verne's literary bent as no other book ever did. It gave him that liking for the lonely island life as the basis of a yarn which is conspicuous in much of his work.

In a preface to the story of which this is really a part he tells how firmly New Switzerland established itself in the fabric of his thoughts, till it became for him a real island inhabited by real people. At last he was compelled to write about it, and "Their Island Home" and "The Castaways of the Flag" are the result.