Twenty Thousand Leagues Under the Sea 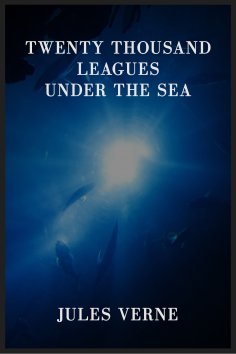 When an unidentified "monster" threatens international shipping, French oceanographer Pierre Aronnax and his unflappable assistant Conseil join an expedition organized by the US Navy to hunt down and destroy the menace.

After months of fruitless searching, they finally grapple with their quarry, but Aronnax, Conseil, and the brash Canadian harpooner Ned Land are thrown overboard in the attack, only to find that the "monster" is actually a futuristic submarine, the Nautilus, commanded by a shadowy, mystical, preternaturally imposing man who calls himself Captain Nemo.

Thus begins a journey of 20,000 leagues - nearly 50,000 miles -that will take Captain Nemo, his crew, and these three adventurers on a journey of discovery through undersea forests, coral graveyards, miles-deep trenches, and even the sunken ruins of Atlantis.

Jules Verne's novel of undersea exploration has been captivating readers ever since its first publication in 1870, and Frederick Paul Walter's reader-friendly, scientifically meticulous translation of this visionary science fiction classic is complete and unabridged down to the smallest substantive detail.