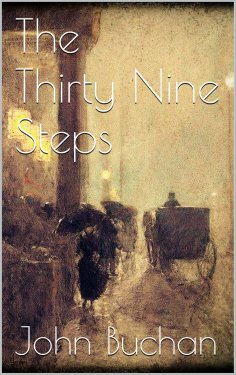 I returned from the City about three o'clock on that May afternoon pretty well disgusted with life. I had been three months in the Old Country, and was fed up with it. If anyone had told me a year ago that I would have been feeling like that I should have laughed at him; but there was the fact. The weather made me liverish, the talk of the ordinary Englishman made me sick, I couldn't get enough exercise, and the amusements of London seemed as flat as soda-water that has been standing in the sun. 'Richard Hannay,' I kept telling myself, 'you have got into the wrong ditch, my friend, and you had better climb out.' It made me bite my lips to think of the plans I had been building up those last years in Bulawayo. I had got my pile-not one of the big ones, but good enough for me; and I had figured out all kinds of ways of enjoying myself. My father had brought me out from Scotland at the age of six, and I had never been home since; so England was a sort of Arabian Nights to me, and I counted on stopping there for the rest of my days.