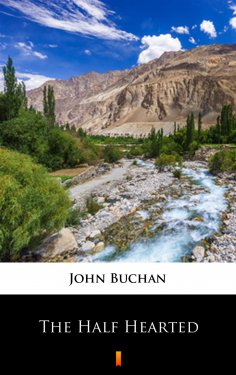 Set in the closing years of the nineteenth century, „The Half-Hearted” tells the story of Lewis Haystoun, a dilettante and coward. Part I of the novel is a story of manners and romance in upper class Scotland. Part II is an adventure story on the North West frontier of India where Lewis saves the British Empire. The novel follows the life of Lewis Haystoun, a young Scottish laird, who finds himself unable to commit wholeheartedly to any course of action. His failure to seize the opportunity results in the woman he loves agreeing to marry a rival. Determined to face up to what he considers to be his cowardice, Haystoun departs for the Empire’s north west frontier where he dies attempting to hold a narrow mountain pass single-handedly against an invading Cossack army. Beautifully composed, evocative and compelling, this is a love story – but not with the conventional happy ending. Our hero and heroine fall in love and meet the usual obstacles, but fail to overcome them.