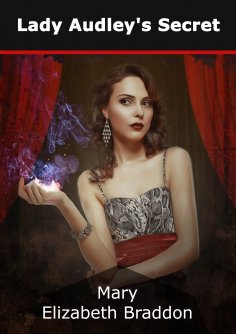 This Victorian bestseller, along with Braddon's other famous novel, Aurora Floyd, established her as the main rival of the master of the sensational novel, Wilkie Collins. A protest against the passive, insipid 19th-century heroine, Lady Audley was described by one critic of the time as "high-strung, full of passion, purpose, and movement." Her crime (the secret of the title) is shown to threaten the apparently respectable middle-class world of Victorian England.

Mary Elizabeth Braddon was a British Victorian era popular novelist. She was an extremely prolific writer, producing some 75 novels with very inventive plots. The most famous one is her first novel, Lady Audley's Secret (1862), which won her recognition and fortune as well. The novel has been in print ever since, and has been dramatised and filmed several times.

She is also the mother of novelist W.B. Maxwell.