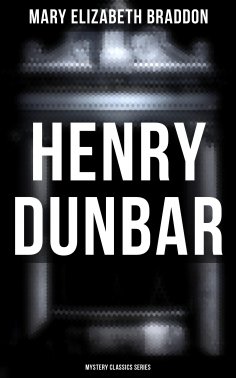 This eBook edition has been formatted to the highest digital standards and adjusted for readability on all devices. As a young man Henry Dunbar, heir to the London banking house, was spoiled and arrogant. When he fell into debt he convinced his friend Joseph Wilmot, a clerk with a gift for reproducing handwriting, to help him create forged bonds that he could use to pay off his creditors. When the bank uncovered the fraud Henry blamed Wilmot for everything. His uncle still banished Henry to the firm's Indian office and dismissed Wilmot. Thirty years later, upon his father's death, Henry Dunbar is returning to London in order to inherit the family business. Wilmot, who was never able to get a decent job after the fraud incident, hears of Henry's return, so he decides to meet him and confront him. The bank also sends a man to welcome Henry to England. Two men head off to meet Henry, but only one of them would get to meet him. And only one of those three will return to London, leaving a murder mystery behind.