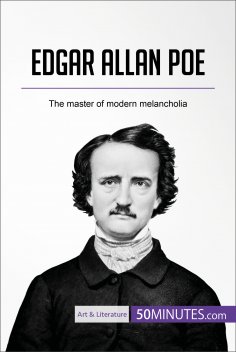 <b>Keen to learn but short on time? Find out everything you need to know about the life and work of Edgar Allan Poe in just 50 minutes with this straightforward and engaging guide!</b>

Edgar Allan Poe was one of the most significant and enduring figures of the literary scene in 19th-century America. He was one of the first American authors to attempt to make a living solely by writing, with mixed success, and he was a pioneering influence in the development of a number of modern genres, including horror, fantasy, science fiction and detective fiction. Although he is best known for the Gothic-inspired atmospheres and the darkness that permeated his work, he was also a profoundly rational, methodical writer, who eschewed the tradition of populating fantastic fiction with supernatural creatures in favour of a more psychological brand of horror. This innovative style has been an inspiration for countless writers, poets and artists, cementing Poe’s legacy as a key figure in literary history.

• Poe’s most famous works, including
<i>The Fall of the House of Usher</i> and
<i>The Murders in the Rue Morgue</i>

• His personal life, including the misfortune that plagued him and inspired some of his best-known works