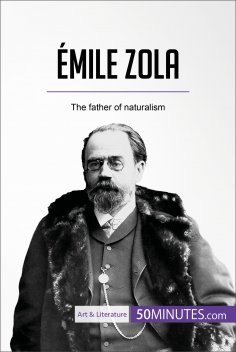 <b>Keen to learn but short on time? Find out everything you need to know about the life and work of Émile Zola in just 50 minutes with this straightforward and engaging guide!</b>

Émile Zola was the leading figure of the 19th-century literary movement of naturalism and remains one of France’s best-known and most celebrated authors. With his sweeping 20-novel cycle
<i> Les Rougon-Macquart</i> and other novels such as
<i>Thérèse Raquin</i>, he provided a meticulous depiction of the society of his time and aimed to study the impact of a range of social, environmental and biological factors on individuals. He also believed in writers’ responsibility to effect social change and bring about a better world, and took stances on a range of contemporary issues, notably the Dreyfus affair with his famous open letter
<i>J’accuse…!</i>

• The main ideas and principles behind the literary movement of naturalism

• Zola’s most important works, the reception they met with and their impact on later authors