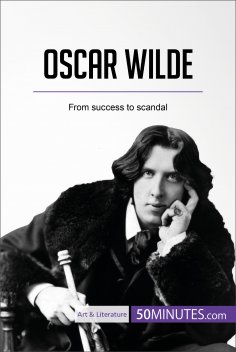 <b>Keen to learn but short on time? Find out everything you need to know about the life and work of Oscar Wilde in just 50 minutes with this straightforward and engaging guide!</b>

Oscar Wilde was one of the best-known writers of the 19th century, with works such as
<i> The Picture of Dorian Gray</i> widely recognised as classics. This self-proclaimed “Professor of Aesthetics” became famous in fashionable London society thanks to his brilliant conversational skills and insightful opinions on art and literature, and found success across a range of genres, including literary criticism, plays and short stories. However, Victorian society was deeply conservative and intolerant in matters of sexuality, and Wilde was imprisoned in 1895 for his relationships with men. He died poor and forgotten three years after his release, but his image has since been restored and he is now celebrated as a key figure of modern literature.

• Wilde’s most famous works, including
<i>The Picture of Dorian Gray</i> and
<i>The Importance of Being Earnest</i>

• His personal life, including his relationships with men, which led to him being cast out of fashionable society