THE BRIDE COMES TO YELLOW SKY 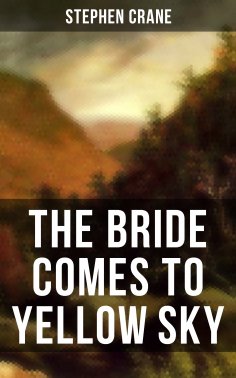 The Bride Comes to Yellow Sky is an 1898 western short story by American author Stephen Crane. Originally published in McClure's Magazine, it was written in England. The story's protagonist is a Texas marshal named Jack Potter, who is returning to the town of Yellow Sky with his eastern bride. Potter's nemesis, the gunslinger Scratchy Wilson, drunkenly plans to accost the sheriff after he disembarks the train, but he changes his mind upon seeing the unarmed man with his bride.
Stephen Crane (1871-1900) was an American novelist, short-story writer, and poet who is often called the first modern American writer.