The Little Regiment and Other Episodes from the American Civil War 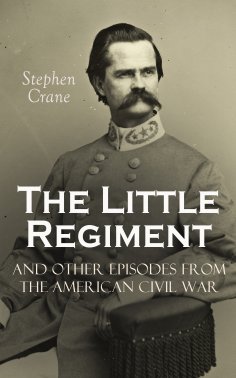 "The Little Regiment and Other Episodes from the American Civil War" is a collection of short stories with the Civil War as the main theme:
The Little Regiment
Three Miraculous Soldiers
A Mystery of Heroism
An Indiana Campaign
A Grey Sleeve
The Veteran
Stephen Crane (1871-1900) was an American poet, novelist, and short story writer. Prolific throughout his short life, he wrote notable works in the Realist tradition as well as early examples of American Naturalism and Impressionism. He is recognized by modern critics as one of the most innovative writers of his generation.