The Little Regiment and Other Episodes of the American Civil War 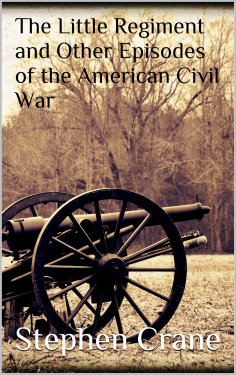 The fog made the clothes of the men of the column in the roadway seem of a luminous quality. It imparted to the heavy infantry overcoats a new colour, a kind of blue which was so pale that a regiment might have been merely a long, low shadow in the mist. However, a muttering, one part grumble, three parts joke, hovered in the air above the thick ranks, and blended in an undertoned roar, which was the voice of the column.

The town on the southern shore of the little river loomed spectrally, a faint etching upon the grey cloud-masses which were shifting with oily languor. A long row of guns upon the northern bank had been pitiless in their hatred, but a little battered belfry could be dimly seen still pointing with invincible resolution toward the heavens.