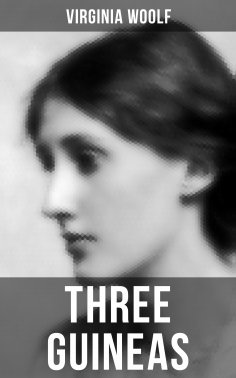 This book-length essay by Virginia Woolf, first published in June 1938, is a passionate polemic which draws a startling comparison between the tyrannous hypocrisy of the Victorian patriarchal system and the evils of fascism. Virginia Woolf makes the connection between war and the economy and a woman's role (or lack there of) in both. She restates the idea from a Room of One's Own that the most important thing a woman has gained is the ability to participate in a profession. When she is making her own money, rather than relying on the genorosity of her father or husband, she has an opportunity to be truly independant.
Adeline Virginia Woolf (25 January 1882 – 28 March 1941) was an English writer who is considered one of the foremost modernists of the twentieth century and a pioneer in the use of stream of consciousness as a narrative device.