How to Get What You Want (Complete Edition): From one of The New Thought pioneers, author of The Sci 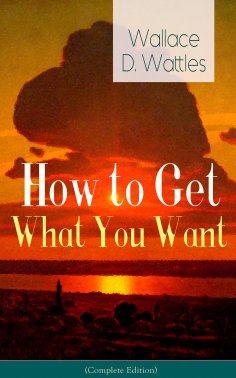 This carefully crafted ebook: "How to Get What You Want (Complete Edition)" is formatted for your eReader with a functional and detailed table of contents. Excerpt: "Getting what you want is success; and success is an effect, coming from the application of a cause. Success is essentially the same in all cases; the difference is in the things the successful people want, but not in the success. Success is essentially the same, whether it results in the attainment of health, wealth, development or position; success is attainment, without regard to the things attained. And it is a law in nature that like causes always produce like effects; therefore, since the success is the same in all cases, the cause of success must be the same in all cases." Wallace Delois Wattles (1860-1911) was an American author. As a New Thought writer, he remains personally somewhat obscure, but his writing has been widely quoted and remains in print in the New Thought and self-help movements. Wattles often travelled to Chicago, where he gave "Sunday night lectures" among several leading New Thought authors. He studied the writings of Georg Wilhelm Friedrich Hegel and Ralph Waldo Emerson and recommended the study of their books to his readers who wished to understand what he characterized as "the monistic theory of the cosmos." Wattles' best known work is a 1910 book called The Science of Getting Rich in which he explained how to become wealthy.