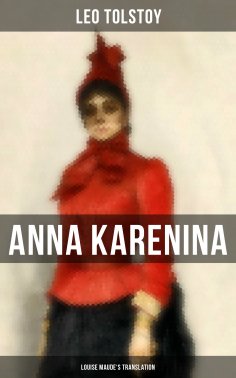 "Anna Karenina" is the tragic story of Countess Anna Karenina, a married noblewoman and socialite, and her affair with the affluent Count Vronsky. The novel explores a diverse range of topics throughout its approximately one thousand pages. Some of these topics include an evaluation of the feudal system that existed in Russia at the time—politics, not only in the Russian government but also at the level of the individual characters and families, religion, morality, gender and social class.
Leo Tolstoy (1828–1910) was a Russian writer who is regarded as one of the greatest authors of all time. Born to an aristocratic Russian family in 1828, he is best known for the novels War and Peace (1869) and Anna Karenina (1877), often cited as pinnacles of realist fiction.
Aylmer Maude (1858–1938) and Louise Maude (1855–1939) were English translators of Leo Tolstoy's works, and Aylmer Maude also wrote his friend Tolstoy's biography. After living many years in Russia the Maudes spent the rest of their life in England translating Tolstoy's writing and promoting public interest in his work. Aylmer Maude was also involved in a number of early 20th century progressive and idealistic causes.