THE MAN WHO FORGOT CHRISTMAS 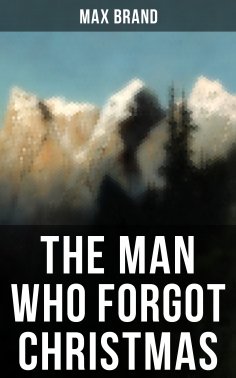 After a successful prison breakout Lou Alp, a thief, and Jack Chapel, a wrongly accused person, form an unlikely pair and plan to rob a bank. But when the attempt at bank robbery goes awry with a bullet wound on Alp's legs, Chapel comes forward to take care of him. But things are not going to be as easy as both of them fall for the same girl, Kate. What happens after this is sure to melt many hearts.
"It was snowing. A northwester was rushing over the mountains. As the storm wind shifted a few points west and east, the mountains cut it away, so that one valley lay in a lull of quiet air, with the snow dropping in perpendicular lines; or else the mountains caught the wind in a funnel and poured a venomous blast, in which the snow hardened and became cold teeth. The two men lying in a covert saw Skinner Mountain, due south of them, withdraw into the mist of white and again jump out at them, blocking half the sky. The weather and the sudden appearances of Mount Skinner troubled Lou Alp." (excerpt)
Frederick Schiller Faust was an American author known primarily for his thoughtful and literary Westerns under the pen name Max Brand. Brand also created the popular fictional character of young medical intern Dr. James Kildare in a series of pulp fiction stories. Prolific in many genres he wrote historical novels, detective mysteries, pulp fiction stories and many more. His love for mythology was a constant source of inspiration for his fiction, and it has been speculated that these classical influences accounted in some part for his success as a popular writer. Many of his stories would later inspire films.