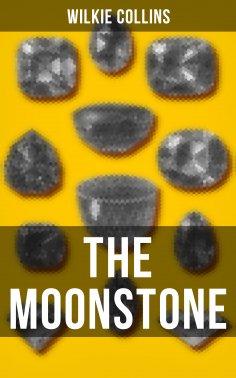 "The Moonstone" is an epistolary novel, generally considered the first detective novel in the English language. Besides creating many of the ground rules of the detective novel, The Moonstone also reflected Collins' enlightened social attitudes in his treatment of the servants in the novel. Rachel Verinder, a young English woman, inherits a large Indian diamond on her eighteenth birthday. It is a legacy from her uncle, a corrupt British army officer who served in India. The diamond is of great religious significance as well as being extremely valuable, and three Hindu priests have dedicated their lives to recovering it. The story incorporates elements of the legendary origins of the Hope Diamond (or perhaps the Orloff Diamond).
Wilkie Collins (1824-1889) was an English novelist, playwright, and author of short stories. His best-known works are The Woman in White, No Name, Armadale, and The Moonstone.