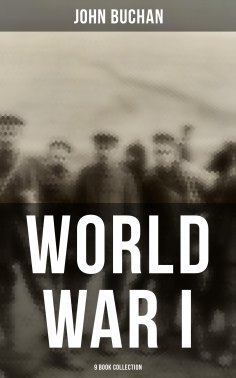 This carefully edited collection has been designed and formatted to the highest digital standards and adjusted for readability on all devices. The edition incorporates an interactive table of contents, footnotes and other information relevant to the content which makes the reading experience meticulously organized and enjoyable. Table of Contents: Days to Remember: The British Empire in the Great War The Battle of Jutland The Battle of the Somme, First Phase The Battle of the Somme, Second Phase Nelson's History of the War (Volumes I–V) "The definite history of this war is not now to be written, or for many a day. Still it may be possible to disentangle from this struggle of armed nations over hundreds of miles some explicit narrative which may help all of us who are hungering for help and guidance. At present we do not authentically know even the subtle causes which produced this convulsion over half the world. What is on the surface is clear enough, but it is what is under the surface that matters. I am reluctant to believe in a diabolical and cold-blooded scheme to bring about war at this time; at least, this does not seem to be proved. We must, then, I think, suspend our judgment as to the real causes of war till time and documents give us the clue. Perhaps the pregnant word "mobilization" may explain much. Meanwhile we can only conjecture by the light of a few facts..." (Excerpt; Nelson's History of the War) John Buchan (1875-1940) was a Scottish novelist, historian and also served as Canada's Governor General. With the outbreak of the First World War, Buchan worked as a correspondent in France for The Times.