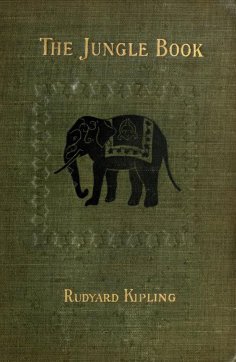 The Jungle Book (1894) is a collection of stories by English author Rudyard Kipling. The stories are fables, using animals in an anthropomorphic manner to give moral lessons. A principal character is the boy or "man-cub" Mowgli, who is raised in the jungle by wolves. Other characters include Shere Khan the tiger and Baloo the bear. The book has been adapted many times for film and other media.

Kipling was one of the most popular writers in the United Kingdom, in both prose and verse, in the late 19th and early 20th centuries.
In 1907, at the age of 42, he was awarded the Nobel Prize in Literature, making him the first English-language writer to receive the prize, and its youngest recipient to date. He was also sounded out for the British Poet Laureateship and on several occasions for a knighthood, both of which he declined.