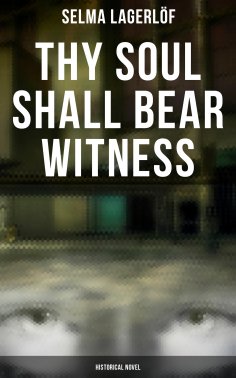 Thy Soul Shall Bear Witness is a result of a collaboration between Selma Lagerlöf and the Swedish association. The novel was written as a means of public education about tuberculosis. It is set in a small town in Sweden at the beginning of the 20th century. Edith, a young "Slum Sister" (social worker) in the service of the Salvation Army is on her death bed dying of tuberculosis. She requests that before she dies, she would like to again see David Holm, one of her charges. It becomes apparent that the two have a special relationship.