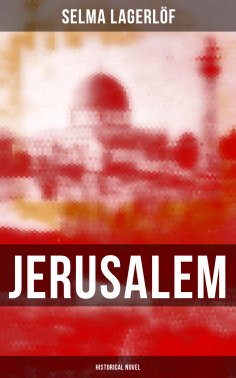 Jerusalem is a novel by the Swedish writer Selma Lagerlöf. It is based on a real emigration that took place from the parish of Nås in 1896. The narrative spans several generations in the 19th century, and focuses on several families in Dalarna, Sweden, and a community of Swedish emigrants in Jerusalem.
Lagerlöf's visit in 1900 to the American Colony in Jerusalem became the inspiration for the book. The royal family and the Swedish Academy gave her substantial financial support to continue her passion. Jerusalem was also acclaimed by critics, who began comparing her to Homer and Shakespeare, so that she became a popular figure both in Sweden and abroad.