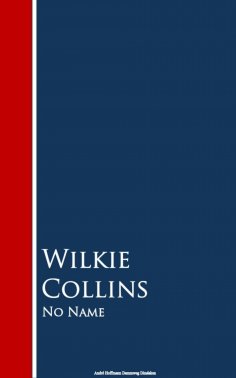 THE main purpose of this story is to appeal to the reader's interest in a subject which has been the theme of some of the greatest writers, living and dead—but which has never been, and can never be, exhausted, because it is a subject eternally interesting to all mankind. Here is one more book that depicts the struggle of a human creature, under those opposing influences of Good and Evil, which we have all felt, which we have all known. It has been my aim to make the character of "Magdalen," which personifies this struggle, a pathetic character even in its perversity and its error; and I have tried hard to attain this result by the least obtrusive and the least artificial of all means—by a resolute adherence throughout to the truth as it is in Nature. This design was no easy one to accomplish; and it has been a great encouragement to me (during the publication of my story in its periodical form) to know, on the authority of many readers, that the object which I had proposed to myself, I might, in some degree, consider as an object achieved.
Round the central figure in the narrative other characters will be found grouped, in sharp contrast—contrast, for the most part, in which I have endeavored to make the element of humor mainly predominant. I have sought to impart this relief to the more serious passages in the book, not only because I believe myself to be justified in doing so by the laws of Art—but because experience has taught me (what the experience of my readers will doubtless confirm) that there is no such moral phenomenon as unmixed tragedy to be found in the world around us. Look where we may, the dark threads and the light cross each other perpetually in the texture of human life.
To pass from the Characters to the Story, it will be seen that the narrative related in these pages has been constructed on a plan which differs from the plan followed in my last novel, and in some other of my works published at an earlier date.