Sketches by Boz, Illustrative of Every-Day Life and Every-Day People 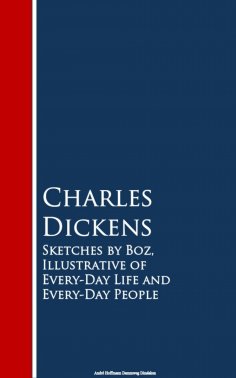 The whole of these Sketches were written and published, one by one, when I was a very young man. They were collected and republished while I was still a very young man; and sent into the world with all their imperfections (a good many) on their heads.

They comprise my first attempts at authorship—with the exception of certain tragedies achieved at the mature age of eight or ten, and represented with great applause to overflowing nurseries. I am conscious of their often being extremely crude and ill-considered, and bearing obvious marks of haste and inexperience; particularly in that section of the present volume which is comprised under the general head of Tales.

But as this collection is not originated now, and was very leniently and favourably received when it was first made, I have not felt it right either to remodel or expunge, beyond a few words and phrases here and there.