THE SPY WHO LOVED ME (The Ultimate James Bond Classic) 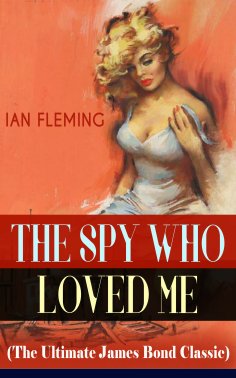 This carefully crafted ebook: "THE SPY WHO LOVED ME (The Ultimate James Bond Classic)" is formatted for your eReader with a functional and detailed table of contents.
Excerpt:
"I was running away. I was running away from England, from my childhood, from the winter, from a sequence of untidy, unattractive love-affairs, from the few sticks of furniture and jumble of overworn clothes that my London life had collected around me; and I was running away from drabness, fustiness, snobbery, the claustrophobia of close horizons and from my inability . . ."
"The Spy Who Loved Me" is the most sexually explicit of Fleming's novels, as well as a clear departure from previous Bond novels in that the story is told in the first person by a young Canadian woman, Vivienne Michel. Bond himself does not appear until two thirds of the way through the book. Fleming wrote a prologue to the novel giving Michel credit as a co-author. A must read for all Bond aficionados . . .
Ian Lancaster Fleming (1908–1964) was an English author, journalist and naval intelligence officer who is best known for his James Bond series of spy novels. James Bond is a British Secret Service agent and often referred to by his code name, 007.