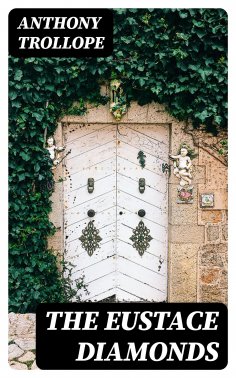 The Eustace Diamonds revolves around Lizzie Greystock, a fortune-hunter who ensnares the sickly, dissipated Sir Florian Eustace and is soon left a very wealthy widow and mother. While clever and beautiful, Lizzie has several character flaws; the greatest of these is an almost pathological delight in lying, even when it cannot benefit her. Before he dies, the disillusioned Sir Florian discovers all this, but does not think to change the generous terms of his will. The diamonds of the title are a necklace, a family heirloom that Sir Florian gave to Lizzie to wear. Though they belong to her husband's estate (and thus eventually will be the property of her son), Lizzie refuses to relinquish them. She lies about the terms under which they were given to her, leaving their ownership unclear. The indignant Eustace family lawyer, Mr. Camperdown, strives to retrieve the necklace, putting the Eustaces in an awkward position. On the one hand, the diamonds are valuable and Lizzie may not have a legal claim to them, but on the other, they do not want to antagonize the mother of the heir to the family estate._x000D_ _x000D_ _x000D_ _x000D_