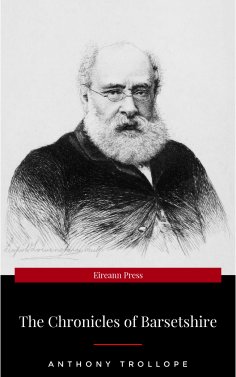 This carefully edited collection has been designed and formatted to the highest digital standards and adjusted for readability on all devices.
The Chronicles of Barsetshire (or Barchester Chronicles) is a series of six novels by the English author Anthony Trollope, set in the fictitious English county of Barsetshire (located approximately where the real Dorset lies) and its cathedral town of Barchester. The novels concern the dealings of the clergy and the gentry, and the political, amatory, and social manœuvrings that go on among and between them.
The novels in the series are:
The Warden (1855)
Barchester Towers (1857)
Doctor Thorne (1858)
Framley Parsonage (1861)
The Small House at Allington (1864)
The Last Chronicle of Barset (1867)