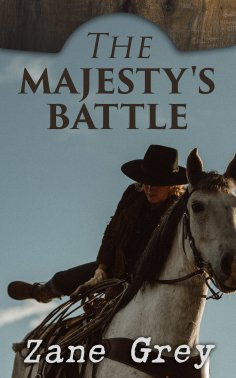 "The Light of Western Stars" - Madeline Hammond, known as Majesty, is wealthy woman from a patrician New York area family who decides to travel out West where her brother is working as a cowhand on a ranch in New Mexico. Her brother is in conflict with the local corrupt sheriff, so Majesty has to bail him out with the help of Gene Stewart, mean and rough cowboy who takes interest in her. The newcomer lady establishes a ranch, but her troubles don't stop there as there is a revolution going on down south and the rebel issues begin to affect her businesses.
"Majesty's Rancho" Some 30 years later Madge Stewart is the new Majesty on the ranch. She attends Southern Cal and has a reputation of a partying sorority girl. She is expelled for causing a riot where she meets Lance Sidway, a cowboy from Oregon whose horse is a movie celebrity. They don't get along at first and Sidway is tired of the business so goes to Arizona where he, without knowing it, ends up landing a job on Majesty's ranch. When Madge gets kidnapped by a gang of cattle rustlers Sidway doesn't care for the dangers ahead as he goes to the rescue.

Zane Grey (1872-1939) was an American author best known for his popular adventure novels and stories that were a basis for the Western genre in literature and the arts. With his veracity and emotional intensity, he connected with millions of readers worldwide, during peacetime and war, and inspired many Western writers who followed him. Grey was a major force in shaping the myths of the Old West; his books and stories were adapted into other media, such as film and TV productions. He was the author of more than 90 books, some published posthumously and/or based on serials originally published in magazines.