Great Expectations (Unabridged with the original illustrations by Charles Green) 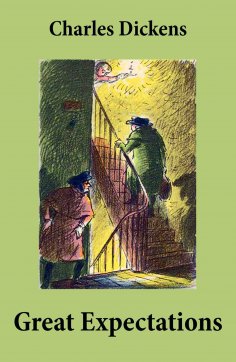 This carefully crafted ebook: "Great Expectations (Unabridged with the original illustrations by Charles Green)" is formatted for your eReader with a functional and detailed table of contents. Great Expectations is a bildungsroman, or a coming-of-age novel, and it is a classic work of Victorian literature. It depicts the growth and personal development of an orphan named Pip. The novel was first published in serial form in Dickens' weekly periodical All the Year Round, from 1 December 1860 to August 1861. Charles John Huffam Dickens (7 February 1812 – 9 June 1870) was an English writer and social critic. He created some of the world's most memorable fictional characters and is generally regarded as the greatest novelist of the Victorian period. During his life, his works enjoyed unprecedented fame, and by the twentieth century his literary genius was broadly acknowledged by critics and scholars. His novels and short stories continue to be widely popular.