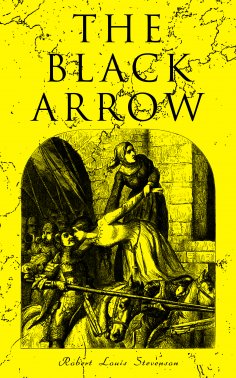 The Black Arrow is set in the reign of "old King Henry VI" and tells the story of Richard (Dick) Shelton during the Wars of the Roses. Outlaws in Tunstall Forest organized by Ellis Duckworth, whose weapon and calling card is a black arrow, cause Dick to suspect that his guardian Sir Daniel Brackley and his retainers are responsible for his father's murder. Dick's suspicions are enough to turn Sir Daniel against him, so he has no recourse but to escape from Sir Daniel and join the outlaws of the Black Arrow against him. This struggle sweeps him up into the greater conflict surrounding them all, including his beloved lady Joanna Sedley whom Sir Daniel keeps imprisoned.

Robert Louis Stevenson (1850-1894) was a Scottish novelist, poet, essayist, and travel writer. His most famous works are Treasure Island, Kidnapped, and Strange Case of Dr Jekyll and Mr Hyde. A literary celebrity during his lifetime, Stevenson now ranks among the 20 most translated authors in the world.