He Knew He Was Right (Historical Novel) 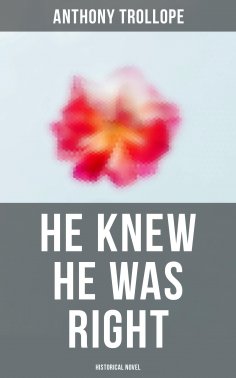 A wealthy young English gentleman, Louis Trevelyan, visits the fictional Mandarin Islands, a distant British possession, and becomes smitten with Emily Rowley, the eldest daughter of the governor, Sir Marmaduke Rowley. The Rowleys accompany Trevelyan to London, where he marries Emily. When the rest of the family goes home, Emily's sister Nora remains behind, under Trevelyan's protection. The marriage is initially a happy one and the couple have a baby boy. Then a seemingly minor matter undermines their marriage. Colonel Osborne, an old friend of Sir Marmaduke's, visits Emily much too frequently for her husband's taste. Though nothing improper occurs, Trevelyan orders his wife to avoid the man in future. Emily resents his lack of trust and makes no attempt to hide it. From that point, their relationship starts deteriorating.