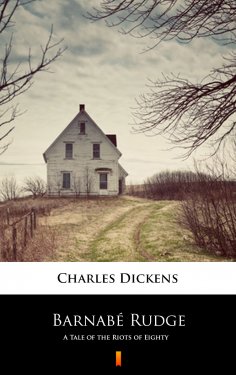 Based around the Gordon riots of 1780 as seen through the eyes of the simple but good-hearted Barnaby Rudge. This is Dickens fifth novel and it was his first attempt to write an historical novel and was inspired by the Walter Scott’s novels. It is the most neglected, but most rewarding tale of treachery, forbidden love, abduction and the dangerous power of the mob. Barnaby Rudge is a half-witted young innocent simpleton who is devoted to his talkative raven, Grip. When he gets caught up in the mayhem of the Gordon riots and a mysterious unsolved murder, his life is put in jeopardy. And, as London erupts into riot, Barnaby Rudge himself struggles to escape the curse of his own past. With its dramatic descriptions of public violence and private horror, its strange secrets and ghostly doublings, „Barnaby Rudge” is a powerful, disturbing blend of historical realism and Gothic melodrama.