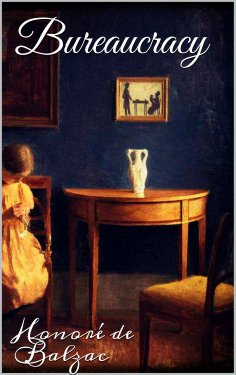 In Paris, where men of thought and study bear a certain likeness to one another, living as they do in a common centre, you must have met with several resembling Monsieur Rabourdin, whose acquaintance we are about to make at a moment when he is head of a bureau in one of our most important ministries. At this period he was forty years old, with gray hair of so pleasing a shade that women might at a pinch fall in love with it for it softened a somewhat melancholy countenance, blue eyes full of fire, a skin that was still fair, though rather ruddy and touched here and there with strong red marks; a forehead and nose a la Louis XV., a serious mouth, a tall figure, thin, or perhaps wasted, like that of a man just recovering from illness, and finally, a bearing that was midway between the indolence of a mere idler and the thoughtfulness of a busy man. If this portrait serves to depict his character, a sketch of this man's dress will bring it still further into relief. Rabourdin wore habitually a blue surcoat, a white cravat, a waistcoat crossed a la Robespierre, black trousers without straps, gray silk stockings and low shoes. Well-shaved, and with his stomach warmed by a cup of coffee, he left home at eight in the morning with the regularity of clock-work, always passing along the same streets on his way to the ministry: so neat was he, so formal, so starched that he might have been taken for an Englishman on the road to his embassy.